The Junior Interprovincials took place last weekend after not running in 2020 due to Covid. It is great to see tournaments and these championships back in the calendar this year. The interprovincials was hosted by Leinster branch and was held at the new indoor facility recently opened at Castleknock Lawn Tennis Club in Dublin.

The format of this years event was different as years gone by, covid restrictions meant that it was held as a one day tournament. 2 semi finals and then a final between the two winning teams and a third/fourth place play off for the teams that lost the semi finals. Each tie consisted of 7 matches. 2 boys singles, 2 girls singles, a boys and girls doubles and annexed doubles. First team to win 4 matches wins the tie.

First up was the under 18 team on Saturday. Ulster started the event seeded number 2 and drew Leinster first match on Saturday morning.

Ethan Hance was involved in a very gruelling 3 set match eventually losing out in 3 tight sets. Ulster Doubles pairing of Ciaran Flanigan and Andrew Hatrick lost their boys doubles in 2 very competitive sets. Overall a very good morning of tennis. Ulster unfortunately ended up on the wrong end of the tie losing 5-2 against the eventual winners Leinsters.

On Saturday afternoon Ulster competed in the 3rd/4th place play off against Connaught.

There were victories for Ethan Hance and Stefan Van Wilstijn in boys singles, Eve Callaghan at number 2 girls singles and Ciara Hill and Caoimhe McDonnell in girls doubles. Rachel Mccrum lost a competitive match at number 1 girls singles and Amber Young and Ciaran Flanigan lost a very tight match in a champions tie break. Dylan Leeman and Andrew Hatrick were close to victory in their boys doubles but the match was stopped early as the tie had been decided when the girls won their doubles.

These results meant that Ulster won the tie 4/2 and finished in 3rd place.

Congratulations to the Leinster Team who won the U18’s

Confirmation of Restricted Re-opening of Tennis in Northern Ireland 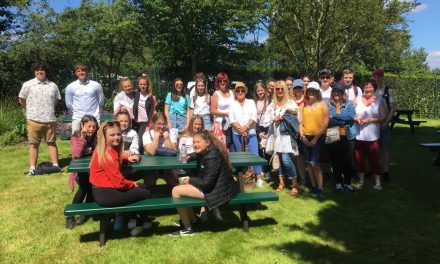